Posted by Luke Overstreet 71sc on September 03, 2016
Joint U.S.-China Ratification of the Paris Agreement is a Welcome Push Toward Faithful Global Action on Climate Change 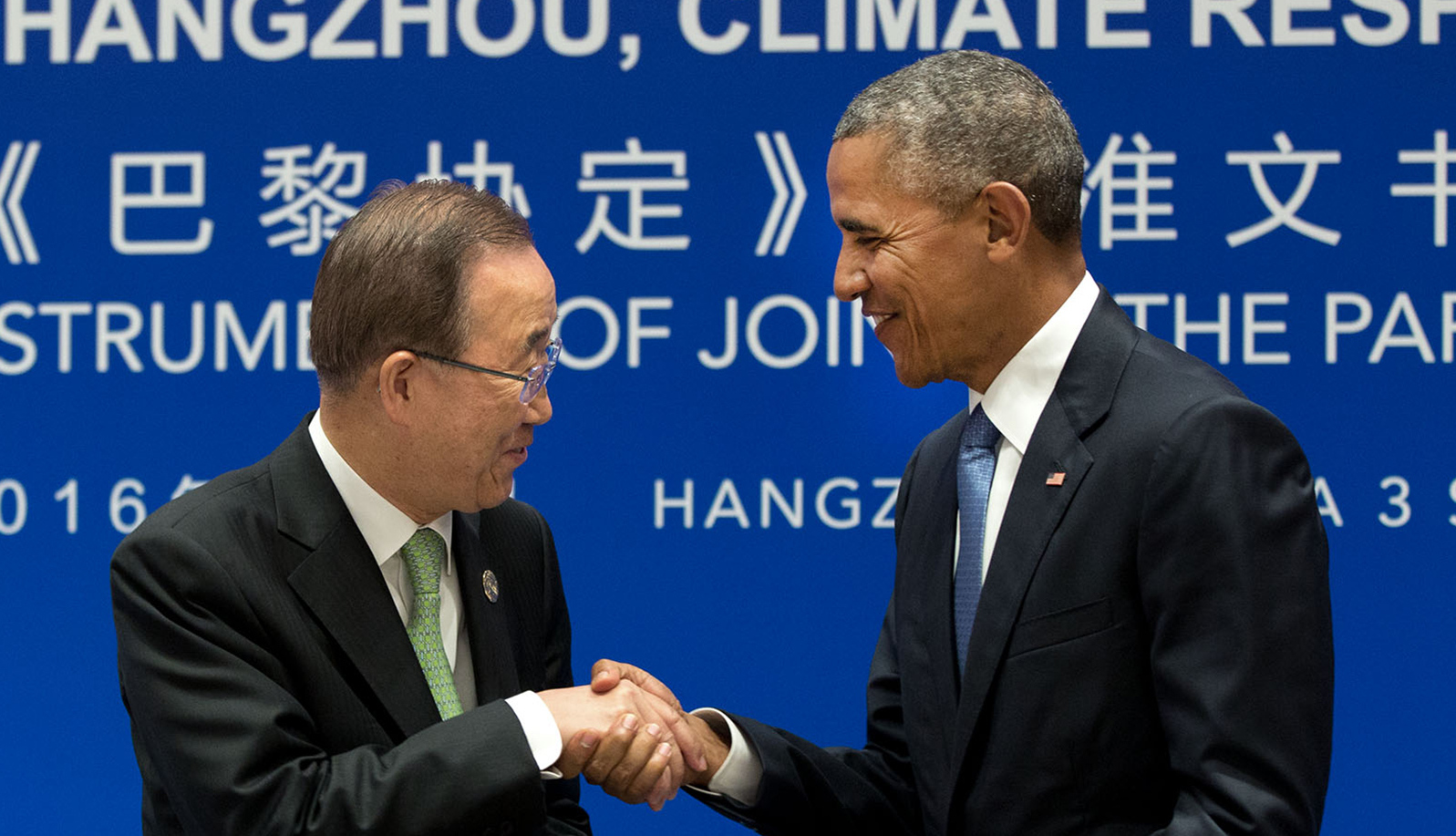 WASHINGTON, D.C.,September 3, 2016 – Young Evangelicals for Climate Action welcomes the joint ratification of the Paris Agreement on September 2 by the U.S and China, the world’s two leading emitters of greenhouse gases. The Paris Agreement—a historic effort to curb global greenhouse gas emissions and to prevent the most catastrophic effects of climate change—was adopted by close to 200 nations of the world in Paris last December. It will not enter into force, however, until it is ratified by at least 55 of those nations representing at least 55% of global greenhouse gas emissions. With ratification from the world’s two leading emitters, this threshold is closer than ever.

“It is a significant moment in the movement toward global climate action,” says Kyle Meyaard-Schaap, national organizer and spokesperson for Young Evangelicals for Climate Action. “Historically, the U.S. and China have often been impediments toward global action on climate change. To see them leading in this way is deeply encouraging and gives hope to our generation—a generation set to inherit the consequences of the choices that are made by leaders today.”

With the ten hottest years on record all occurring after 1998, and 2016 set to be the hottest year ever recorded, this action from the U.S. and China is more critical than ever. “Young evangelical Christians understand that climate is not primarily a political or even scientific issue, but a moral one,” says Meyaard-Schaap. “Given the disproportionate impacts that a warming world has on those living in poverty, and our dual Christian call to care for the earth and to love our neighbor, working to address climate change is simply an act of Christian discipleship.”

“Young evangelicals are uninterested in the arbitrarily partisan battle lines that have been drawn around the issue of climate change. We recognize the problem and want to see governments, business, and faith communities working toward solutions.”

Young Evangelicals for Climate Action is a national group of young evangelical Christians who are coming together and taking action to overcome the climate crisis as a part of their Christian discipleship and witness.