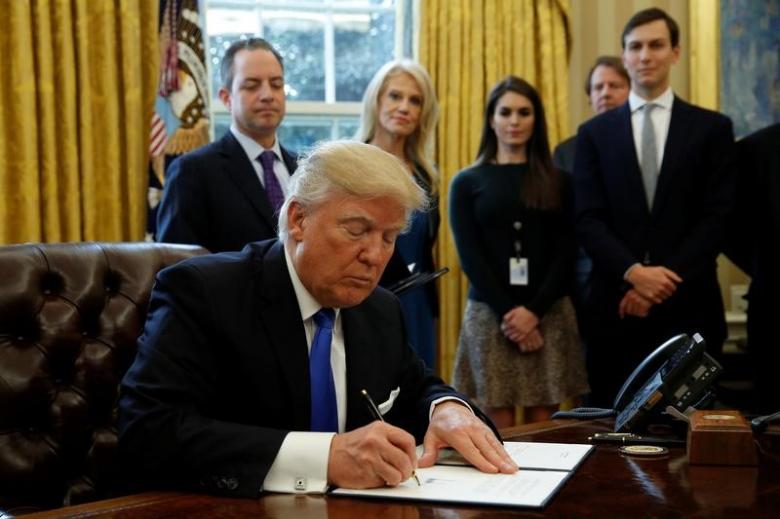 JANUARY 24, 2017—Today, President Trump signed executive actions that will seek to clear the way for construction of both the Keystone and Dakota Access pipelines, projects that were rejected and paused by the Obama Administration.

Below is a statement from Kyle Meyaard-Schaap, national organizer and spokesperson for Young Evangelicals for Climate Action.

“YECA is deeply disappointed by President Trump’s actions today. At a time when the world needs desperately to keep as much fossil fuel in the ground as possible, President Trump is taking actions that will prove detrimental to the country and to the rest of the world. These actions will not only damage the critical climate gains of recent years, but they will also impede the gathering momentum of the clean energy revolution already underway around the world. By refusing to invest in the inevitability of the clean energy revolution and instead committing the United States to expensive infrastructure tied to a sun-setting industry, President Trump is committing the United States to an energy race to the bottom, even as countries like China and India pick up the mantle of global energy leadership abdicated by the Trump Administration.

As evangelical Christians, we are committed to a vision of the gospel that understands that all things are under the Lordship of Jesus Christ, and that the entire creation is being reconciled back to God through Jesus. This commitment will always lead us to advocate for the well-being of all people and for the protection of God’s good creation. We will continue to stand with those around the world who are made most vulnerable by a changing climate. We will continue to stand with Native peoples asserting their right to clean air, water, and a stable climate.

We will continue to stand against ever more pollution, ever increasing climate instability, and ever deeper vulnerability for the world’s most marginalized people. We believe that God has more in store for his world.”

Young Evangelicals for Climate Action is a national group of young evangelical Christians who are coming together and taking action to overcome the climate crisis as an expression of their Christian discipleship and witness.