Young Evangelicals Are Asking the Climate Question, and Are Calling on the Presidential Debate Moderators to Do the Same 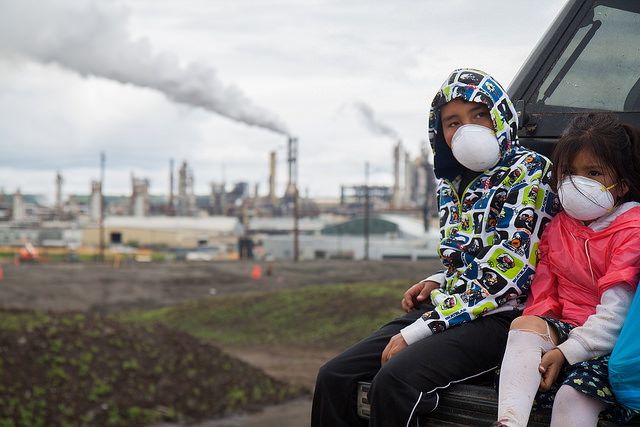 Young Evangelicals for Climate Action (Y.E.C.A.) is a group of young evangelical Christians that are coming together and taking action to overcome the climate crisis as a part of their Christian witness and discipleship.

“We are acting to address climate change precisely because of our evangelical faith, not in spite of it,” says Kyle Meyaard-Schaap, national organizer and spokesperson for Y.E.C.A. “We believe that our faith calls us to love God and to love our neighbor. When we look at the many ways that climate change is degrading God’s good creation and is threatening the well-being of millions of people around the world, we are compelled to act. There has been too much silence around climate change for too long, both in our churches and in our political discourse. For the love of God and our neighbor, it is time for our communities of faith and our public officials to start getting serious about climate change.”

Y.E.C.A. has already been active this election cycle, organizing a demonstration at the first presidential debate at Hofstra University on September 26. Organizers expect dozens of young evangelicals to gather in person at the debate in St. Louis on Sunday, with thousands more engaging on social media, to pray and to call on the moderators to ask the candidates how they plan to address climate change.

"As Christians, we worship a God who came to this world to bring good news to the poor, healing to the sick, freedom to prisoners, and liberation for the oppressed,” says Emma DeVries, an activist and former steering committee member with Y.E.C.A. “I’m going to the debate with Y.E.C.A. because climate change is degrading God's good creation while increasing poverty, disease, and inequality around the globe. As evangelicals—people who want to share Jesus' good news for the poor and oppressed—fighting for climate action is a matter at the heart of our faith."

“As a student, I am attending the debate because I think it is important to show our leaders that young people on both sides of the aisle care about environmental issues,” says Lindsay Mouw, a student at Dordt College, an evangelical liberal arts school in Sioux Center, Iowa. “This is an issue for everyone that lives on Earth, and as our generation is inheriting the Earth, we want to ensure that we are able to peaceably sustain ourselves and future generations while preserving the beauty of God's magnificent creation.”

“Young evangelicals understand that how we respond to the challenge of climate change is directly related to how we love God and love our neighbor”, says Meyaard-Schaap. “We are frustrated with the arbitrarily partisan battle lines that have been drawn around the issue for far too long. The next president will have tremendous power to either continue the progress that we have seen over the last few years or to take our country in the opposite direction. That’s why we want to see all of our candidates, from every party, commit to strong action on climate change.”