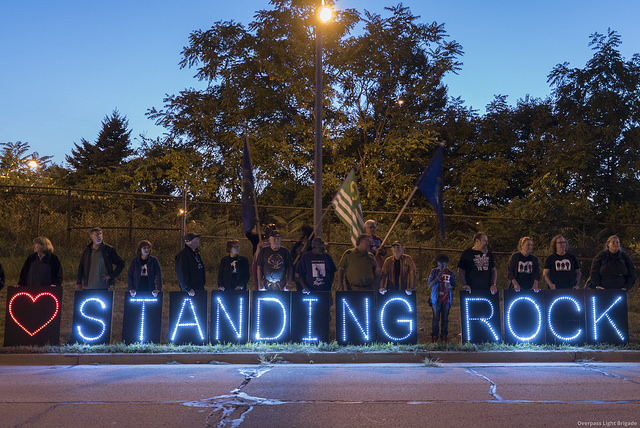 DECEMBER 5, 2016—Young Evangelicals for Climate Action (YECA) applauds the announcement from the U.S. Army Corps of Engineers that they will deny the easement permit on Lake Oahe and will conduct a thorough environmental impact study of potential new routes for the Dakota Access Pipeline. This is precisely the action that YECA has called for, and we are pleased that the project will finally be subject to the environmental and social scrutiny that has always been necessary for such a large and consequential project. We are eager to participate in the public input portion of the coming environmental impact study to ensure that the social, cultural, and climate impacts of the proposed project will be taken more fully into account.

We applaud the Army Corps of Engineers and the Obama Administration for making this right and just decision. Most of all, we applaud the Standing Rock Sioux water protectors, to whom this victory truly belongs. They have taught us much about the power of nonviolent action, of creative resistance, and of the lengths to which true love and respect for creation calls us.

While this is a major victory, much work remains. The Army Corps has not yet agreed to conduct a full environmental impact study for the entire length of the pipeline, and reports on the ground suggest that Energy Transfer Partners—the company constructing the pipeline—is continuing with construction under Lake Oahe despite the administration’s denial of the necessary permit.

May we all resist the urge to disperse and forget the lessons we have learned on this journey. Instead, may we find the strength to convert what we have learned into sustained action for the climate, for the earth, and for all of God’s children everywhere.