YECA responds to the executive order on climate. 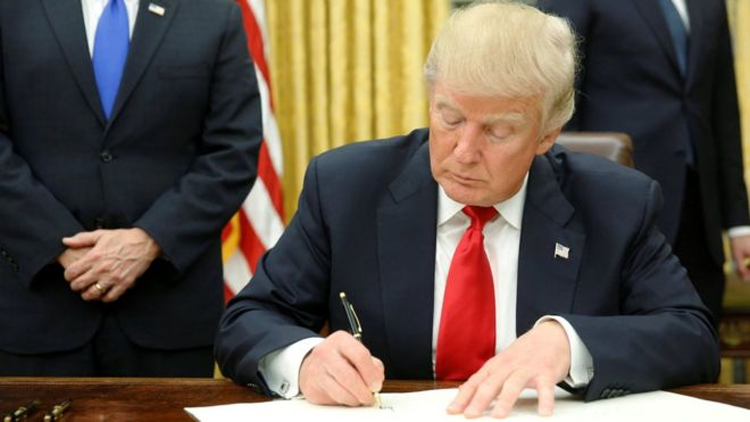 WASHINGTON, MARCH 28, 2017—Today, the Trump Administration released a far-reaching executive order weakening the U.S.’ efforts to address the threat of climate change. Among other directives, it instructs the EPA and the DOJ to abandon the Clean Power Plan, it asks the Council of Environmental Quality to rescind guidance on the climate impacts of federal projects, it will end the moratorium on coal leases on public lands, and it aims to reconsider the “social cost of carbon” metric meant to quantify the potential economic and social costs of emissions.

“President Trump campaigned on a platform of concern for vulnerable people over political and economic elites,” said Kyle Meyaard-Schaap, national organizer and spokesperson for Young Evangelicals for Climate Action (Y.E.C.A.). “His actions today have revealed that promise for what it is: hollow. Rather than work toward bipartisan solutions to the climate crisis, President Trump has doubled down on his denial. Rather than work to build communities that are resilient to climate impacts and to pave the way for renewable energy prosperity, he has locked our economy into outdated energy technologies and has set our world down a path of dangerous warming. Rather than choosing responsible stewardship and a concern for our nation’s most vulnerable people, he has handed fossil fuel elites a massive and undeserved gift.”

“As young evangelical Christians, we reject President Trump’s repudiation of overwhelming climate science. We reject his demonstrated preference for a handful of fossil fuel elites over the millions of vulnerable people around the world whose very lives are threatened by the impacts of climate change. We refuse to stay silent as God’s creation is actively and wantonly exploited.”

Y.E.C.A. will gather in Washington, D.C. April 29-May 1 to participate in the People’s Climate March and to hold advocacy visits with Members of Congress in order to raise the voices of thousands of young evangelicals across the country that want to see faithful action on climate.

Young Evangelicals for Climate Action is a national group of young evangelical Christians who are coming together and taking action to overcome the climate crisis as an expression of their Christian witness and discipleship.