Lincoln Morris wrote the following editorial following his work to engage presidential candidates on the issue of climate change while they toured Iowa prior to the caucuses.  Click here to view the candidates answer Lincoln's questions. As a project leader he is also engaged with a letter-writing campaign on his campus to state and federal representatives to highlight the need for climate action. 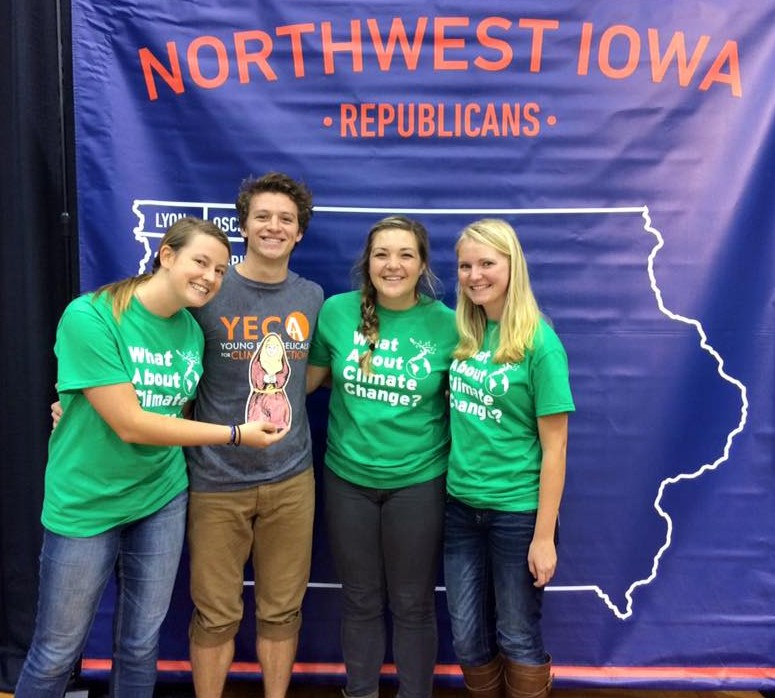 “It didn’t use to be like this. Environmentalism used to be an issue everyone cared about,” remarked the elderly man, as he shook his head sadly.

Last fall, Northwestern College (IA) invited presidential candidates Rubio, Fiorina, Christie, and Santorum to speak. A few other student leaders and I organized a group of around 40-50 college students and community members to wear t-shirts reading, “What About Climate Change?” to the event. Our goal was not to protest, but to invite the candidates to address the issue; to help them understand that we Christians care about what I believe to be the biggest global threat to humanity. The quote from the man above is just one of many I heard that night…

I normally arrive at candidate town halls an hour or two early, to guarantee that I find a good seat near a microphone. Once in place, I rummage through my bag, looking over the notes I’ve written down and review the question I’ve carefully selected. I repeat this process as the room slowly fills, and engage those sitting around me. If I’m alone, sometimes I sit there and pray until the speech begins.

When the Republican presidential hopefuls I’ve been listening to begin to conclude their speeches, my body tenses as I prepare for action. After the final applause, I spring into action. If the candidate is taking questions, I either move purposefully to the nearest microphone or my hand shoots into the air. If not, I move quickly to catch the candidate before they slip away. If I am successful, my questions typically begin with:

“Hello, my name is Lincoln. I’m a local representative for Young Evangelicals for Climate Action (YECA). Thank you for being here, I have a question about climate change.”

If I’m in a room filled with the average northwest Iowa crowd, the mention of climate change results in a sense of disquiet in the room. Climate change is an issue that they have not heard addressed for most of the campaign trail. Candidates haven’t needed to - because no one has asked them about it. Their responses consequently vary: 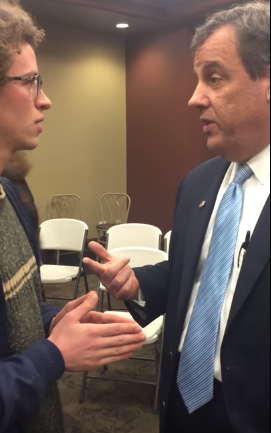 I asked Chris Christie, "What can we do to reduce anthropogenic climate change?

YECA identifies as a nonpartisan organization because protecting our environment and taking action on climate are decidedly not partisan issues. As I traveled around northwest Iowa for the past few months before the Iowa caucus – my home base is Northwestern College in Orange City – the conversations I had have only confirmed this notion. I have been verbally abused at times, but the vast majority of conversations I’ve had with Republican voters have resulted in good, fruitful dialogue. People get it. Once removed from the animosity of left-right politics, people understand that my passion for these issues emerges not from the desire to push some liberal agenda, but because I believe we have a biblical mandate to protect and serve Creation and to love our neighbors. And the best way to do this is through cooperation and Christian love.

With the Iowa caucuses behind us, the election looms ahead. My experiences thus far have been equal parts disheartening and hopeful. The widening rift between right and left politics has created such a caricature of democracy that it seems politicians from either party focus more on winning voters than addressing actual issues. Climate change is one of these issues – a reality that disproportionately impacts the poor in this country and around the world. However, I will wholeheartedly testify that the rhetoric I’ve heard from candidates does not accurately reflect the concerns of Iowans I’ve encountered. Voters young and old, liberal and conservative all share concern for our common home. It is time for the conversation to shift from one of divisiveness to one of unified action, for the sake of the world my generation will inherit.