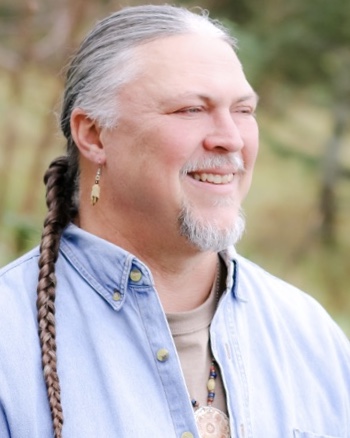 Dr. Randy Woodley, PhD is an activist/scholar, distinguished speaker, teacher and wisdom keeper who addresses a variety of issues concerning American culture, faith/spirituality, justice, race/diversity, regenerative farming, our relationship with the earth and Indigenous realities. His expertise has been sought in national venues such as Time Magazine, The Huffington Post and Christianity Today. Dr. Woodley currently serves as Distinguished Professor of Faith and Culture and Director of Intercultural and Indigenous Studies at George Fox University/Portland Seminary. Randy was raised near Detroit, Michigan and is a legal descendent of the United Keetoowah Band of Cherokee Indians in Oklahoma. Randy co-hosts the Peacing it all Together podcast with Bo Sanders. Dr. Woodley and his wife are co-sustainers of Eloheh Farm, a regenerative teaching farm in Newberg, Oregon. The Woodleys have been innovators and activists for over three decades. They have four grown children and four grandchildren.

Decolonizing Evangelicalism (forthcoming); The Harmony Tree: A Story of Healing and Community; Shalom and the Community of Creation: An Indigenous Vision; and Living in Color: Embracing God’s Passion for Ethnic Diversity.