ST. LOUIS, MO—Dozens of young evangelical Christians gathered at the presidential debate site on the campus of Washington University-St. Louis yesterday to call on the moderators and the candidates to make climate change a part of the evening’s debate. 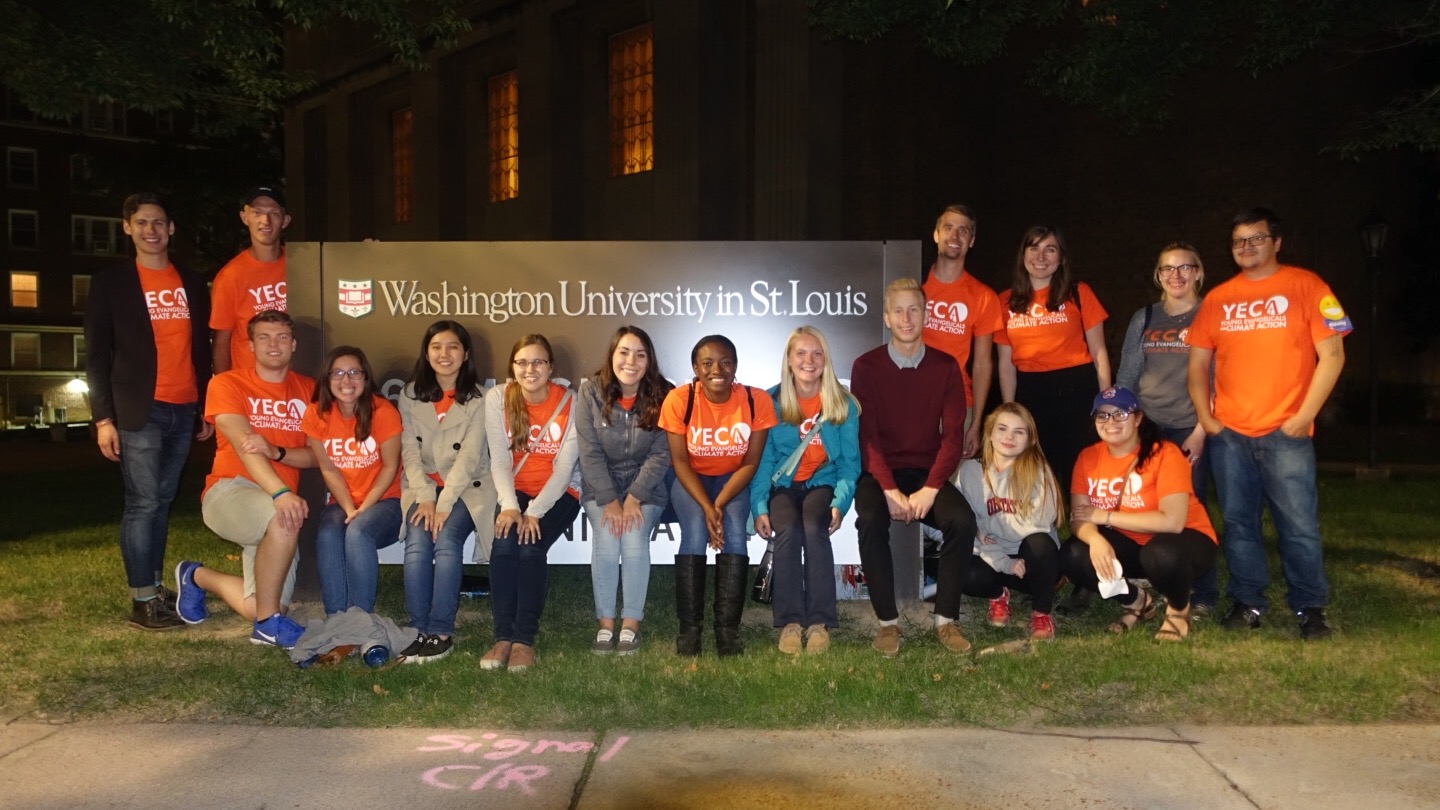 The group was organized by Young Evangelicals for Climate Action (Y.E.C.A.), a group of young Christians that believes their faith calls them to action on the issue. “Addressing climate change is about loving God and loving our global neighbor better,” says Kyle Meyaard-Schaap, national organizer and spokesperson for Y.E.C.A. “It’s hard to imagine anything more down the center of the Christian life than that.”

Students from several Christian colleges and universities made the trip, traveling from Michigan, Illinois, Minnesota, Iowa, and Kansas. The group took the stage at the Public Expression Zone holding pictures of climate impacts around the world. “Despite the caricatures and the stereotypes you may have heard, we are hear calling for climate action precisely because of our evangelical faith,” said Meyaard-Schaap, “not in spite of it.” He went on to describe the moral dimensions of climate change, including impacts like Hurricane Matthew that disproportionately affect the poor and vulnerable around the world, those that Meyaard-Schaap said “have contributed next to nothing to the problem, and yet are already bearing the brunt of the consequences.”

The group finished their day on site with a prayer vigil before the start of the debate, calling for corporate forgiveness and for action from our political leaders. “We pray for the rest of this election season,” prayed one student in the group. “May the needs of the earth and the poor around the world rise to the surface.”

Y.E.C.A. organized a similar gathering at the first presidential debate at Hofstra University on September 26.