From the desk of Lowell Bliss at Eden Vigil.

Twenty-three is a prime number

Shout out to the math geeks. Twenty-three, as in COP 23, is divisible only by itself and the number “1”, which might be a way to say that it is essentially indivisible. Today we hold out the same hope for the Paris Agreement as Governor Jerry Brown and Mayor Michael Bloomberg issued the first ever “America’s Pledge” report.  “We will get the job done,” Governor Brown said. “America.

We’re here. We’re in, and we’re not going away.” In other words, American citizens, governors, mayors, business leaders, university presidents, and faith leaders are not going to allow the United States to divide out from the cooperative good-will effort which is the Paris Agreement.

You may recall the great irony when President Donald Trump announced the federal government’s withdraw from the Paris Agreement with the words, “I was elected to represent the citizens of Pittsburgh, not Paris,”-- well, today Pittsburgh mayor, Bill Peduto, was on the podium to declare that the city of Pittsburgh, PA is “still in.” They showed this video of the city’s clean energy renovation:

Twenty-three is a large number

Well, maybe not too large, but it represents almost a quarter of a century of these Conferences of the Parties (COPs).  COP 1 was held in 1995, also in Germany (Berlin.)  “The key word is perseverance,” Governor Brown told the crowd.  This morning, over a strudel pastry--it is Saturday in Bonn too after all--I (Lowell) was reading Hebrews 6:12-- “We do not want you to become lazy, but to imitate those who through faith and patience inherit what has been promised.”

COPs and the climate change framework have evolved over time.  Today, the Executive Secretary of the UNFCCC, Patricia Espinosa announced an important innovation.  Traditional UN lingo has referred to subnational movements as “Non-State Actors.”  Now, we will be referred to as “Non-Party Stakeholders.”  Ms. Espinosa said, “Our agenda cannot be delivered by governments alone.”

Hey, it’s Saturday!  No action today unless you go outside and play in the leaves!

America pledges to continue to act on climate. Learn more. 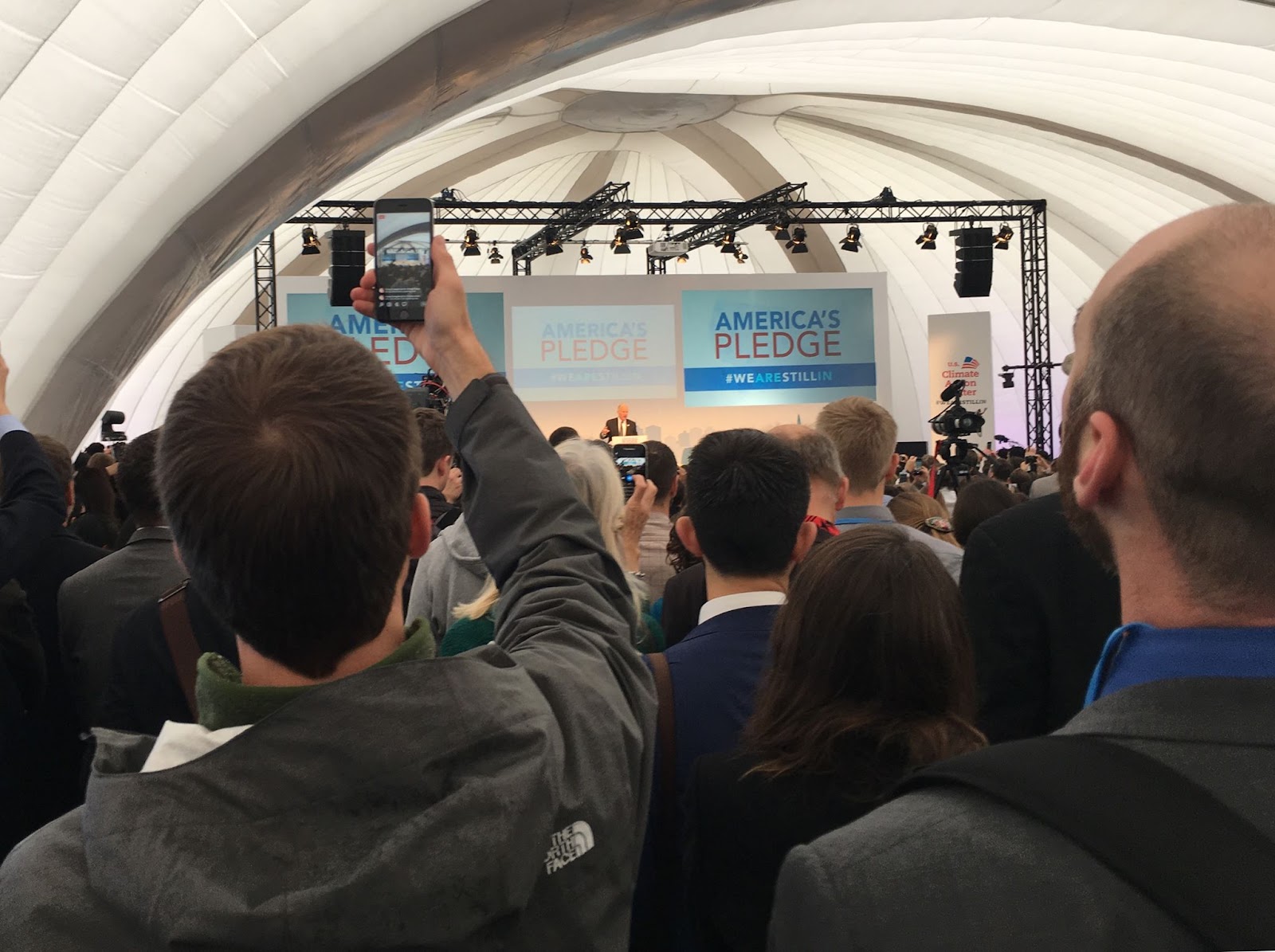