From the desk of Brian Webb at Climate Caretakers.

How do you remain hopeful amidst all the chaos and controversy of climate change?  Apparently, you just come to the COP meetings and start talking to people. 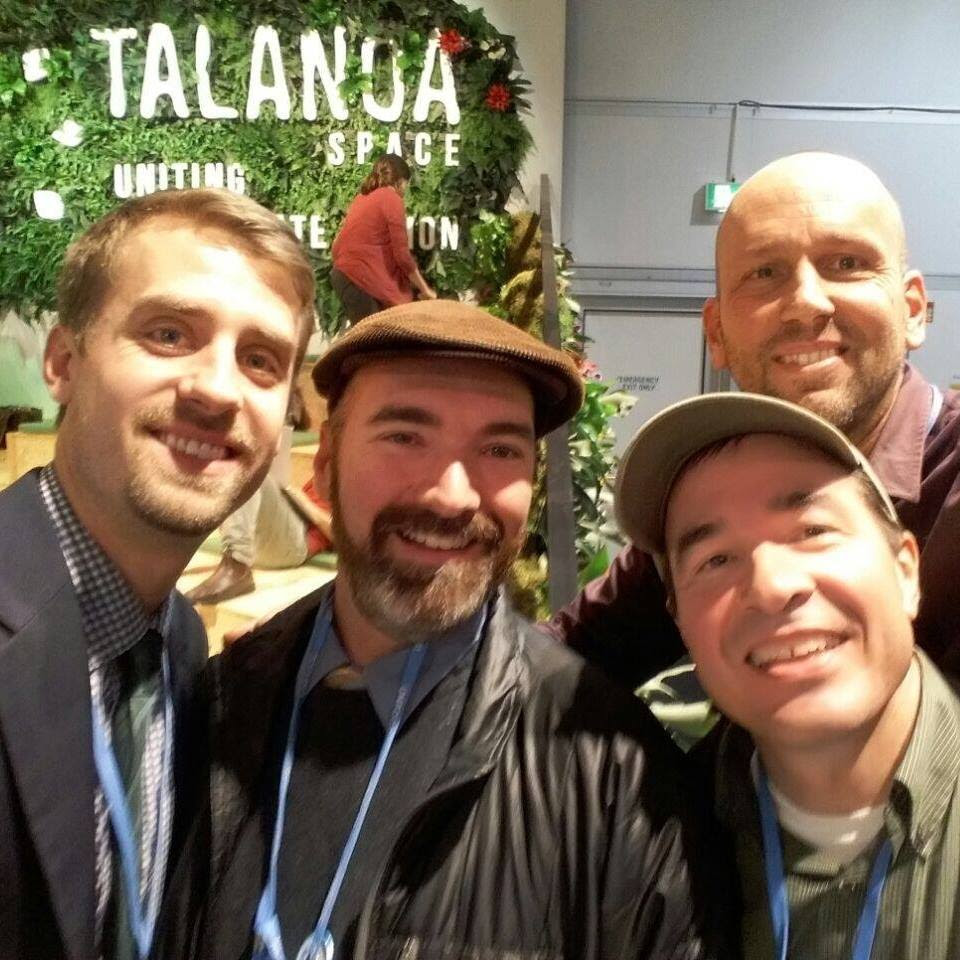 I’m amazed at the hope, enthusiasm, and positivity of the global community here at COP-23.  Despite the dire predictions, despite the U.S. withdrawal, and despite the devastating climate impacts the world is feeling, the prevailing spirit here at the COP seems to be one of hopeful expectation.

Mali’s Energy of the Future

My first stop this morning was to the Mali Pavilion, where an official with their department of energy spoke about how renewable energy is transforming rural villages in their country. Madani Diallo discussed a hyper-local business and energy model that is creating jobs, driving the economy, and providing energy security to people in the rural areas of Mali—one of the most impoverished countries in Africa.

Their system develops small micro-enterprises to deploy solar power and biofuels (made from the Jatropha plant) to rural villages--thereby delivering energy to a country where 82% of villages previously did not have access.  This model uses local resources (the sun and the Jatropha plant) to create energy for local businesses, which in turn generates new employment for local people. The result? Job growth and increased business in a developing country that is helping to fight climate change.

For the men and women of Mali, climate change isn’t a political issue—it’s a stark reality.  And renewable energy isn’t a passing fad—it’s the solution that is helping lift people out of poverty. And they’re excited about it.

The End of Coal

My next stop was to get an update on coal production in the United States from the Sierra Club’s Beyond Coal campaign.  As you may now, coal is the primary contributor to global greenhouse gas emissions in the electricity sector and the dirtiest of all fossil fuels.  The key takeaway from this presentation?  Coal is dying.

How We Talk About It

Finally, I attended a presentation that compared climate opinions and beliefs in China and the United States.  The good news is that the overwhelming majority of the public believe in climate change and that we should do something about it.  Even in the United States, 71% of people believe climate change is real and an enormous 77% support the Paris Agreement.  In China the numbers are even larger, with more than 96% of people supporting government actions on climate change.

There is hope here because people see that can—and ARE—solving this problem.  There’s lots more for us to do, but there is reason to believe we can do it.

One way to Pray:

Pray for the climate communicators who are out there sharing why climate change matters.  And pray for the journalists and media who translate the COP and climate to everyday people.  How we communicate about climate change has a huge impact on the actions we all take.  Pray that we will communicate in a way that empowers change and action.

Communicate about climate change yourself.  Share a post on Facebook or retweet something that one of our organizations has sent this past week. And be hopeful!  Share the good news that we can, and are, solving this problem, that the Paris Agreement is working, and the world is finding ways to fix this.