Welcome to your Wednesday update. Here’s what you need to know.

Two stories you need to hear… 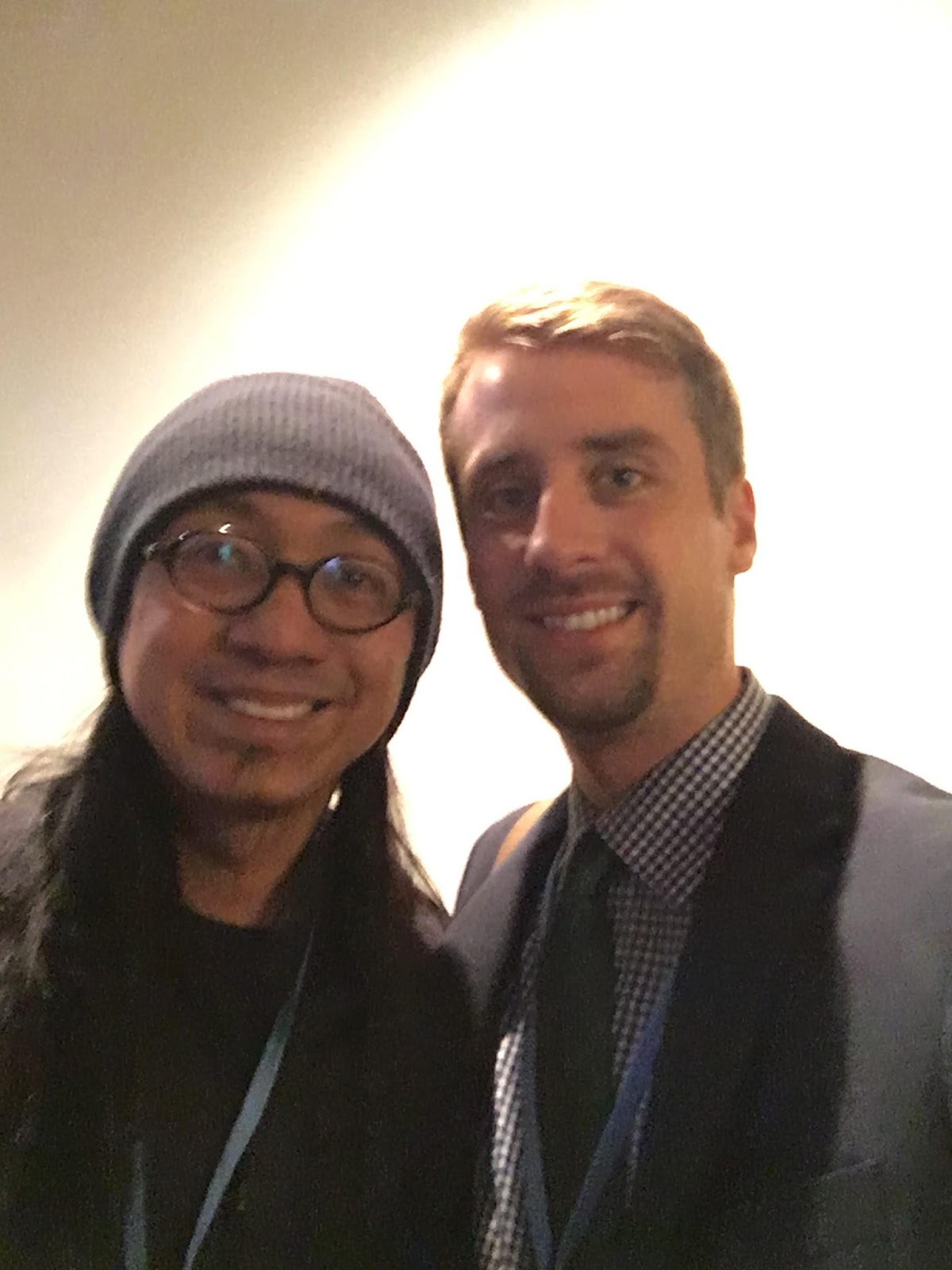 This is Guerrero Sano. Perhaps you’ve heard of his brother, Jeb Sano, a Philippine negotiator who made international headlines in 2013 by tearfully calling on COP 19 to fast alongside him as he awaited word from friends and family caught in the path of Super Typhoon Haiyan. One of those family members was Guerrero. Guerrero was in Tacloban when Typhoon Haiyan made landfall. He was staying with a close friend who had convinced him, at the last minute, to hunker down in a shelter for the night to wait out the storm. His friend, his friend’s wife, and their child would remain in their home and hope for the best.

Guerrero spent a terrifying night trapped in a shelter that was buckling around him under the force of the wind and rain. The next morning, he waded through flood waters and came across 78 dead bodies. He said it is a number that he will never forget; that is seared into his consciousness forever. Three of those bodies belonged to his close friend, his friend’s wife, and their very small child. Now Guerrero dedicates his life to reminding the world that his friend, and 15,000 others like him, did once exist, and that they did not need to die.

Today is the fourth anniversary of Typhoon Haiyan, largely believed to have been intensified by warm Pacific waters warmed by a changing climate.

“We are not drowning, we are fighting!” 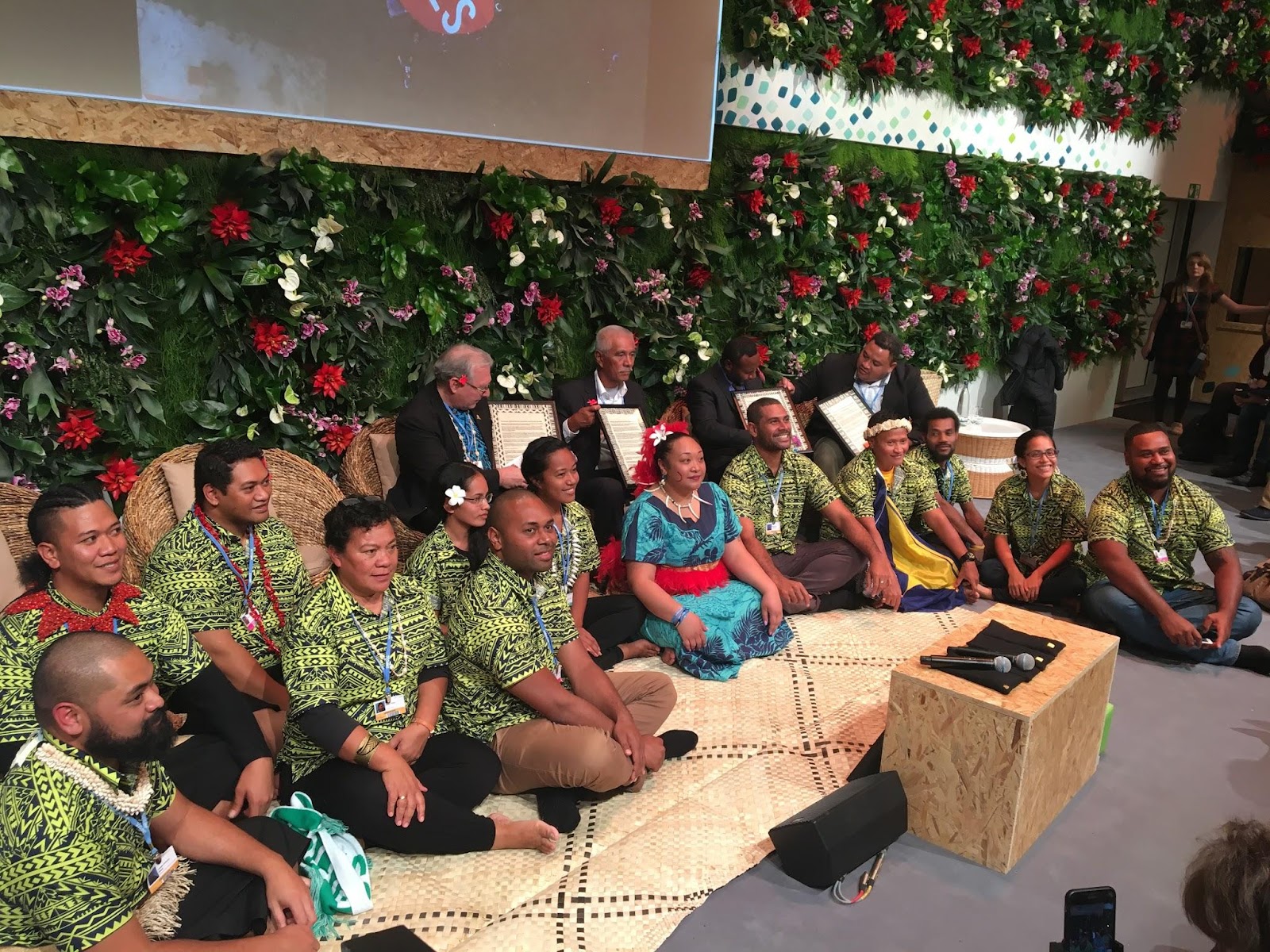 These are the Pacific Climate Warriors. They are young people from all over the Pacific--from Tonga to Fiji to the Marshall Islands--and they are standing up and demanding that the world take strong climate action. To do so, they have launched a campaign calledHave Your Sei, and their motto says it all: “We are not drowning, we are fighting”. They are using the campaign to lift up the voices of all Pacific people, to share stories of resilience and resistance, and to make sure the world takes bold climate action that will save their land and their culture. Today, they officially delivered over 22,000 signatures from Pacific Islanders to #COP23.

When those of us from the Global North advocate for climate solutions, it can be easy to unintentionally disempower the very people we are trying to help. Being “a voice for the voiceless” is fine, but what if those for whom we advocate are not voiceless, but the powers that be have gone deaf to their words? What if our job is not to stand in their place and to speak their words, but to offer them our space and to hand them a megaphone so that the world that has drowned out their voices will hear them again?

The Pacific Climate Warriors are a force to be reckoned with, replete with indigenous knowledge and power. Let us commit to standing alongside of them, and other silenced and marginalized people, so that together we can work toward equitable and just climate solutions!

For Fiji, and all small island nations: these are countries on the front lines of climate change, whose cultures, identities, and very livelihoods are threatened by rising sea levels. Pray for resilience in the face of climate impacts, and for strength as they continue to call the world toward moral climate action.

Two actions you need to take…

Stand with our brothers and sisters in the Pacific by Signing onto the Pacific Climate Warriors Declaration on Climate Change!