Climate Caretakers, Young Evangelicals for Climate Action, Citizens for Public Justice, and the Climate Witness Project (a ministry of the CRC Office of Social Justice and World Renew) have teamed up to provide a collective public witness that Christians take seriously their call to protect God’s earth and to defend our neighbors. Representatives are in Bonn, Germany for the next two weeks, and are telling their stories, sharing prayer requests, and urging action in these daily updates. 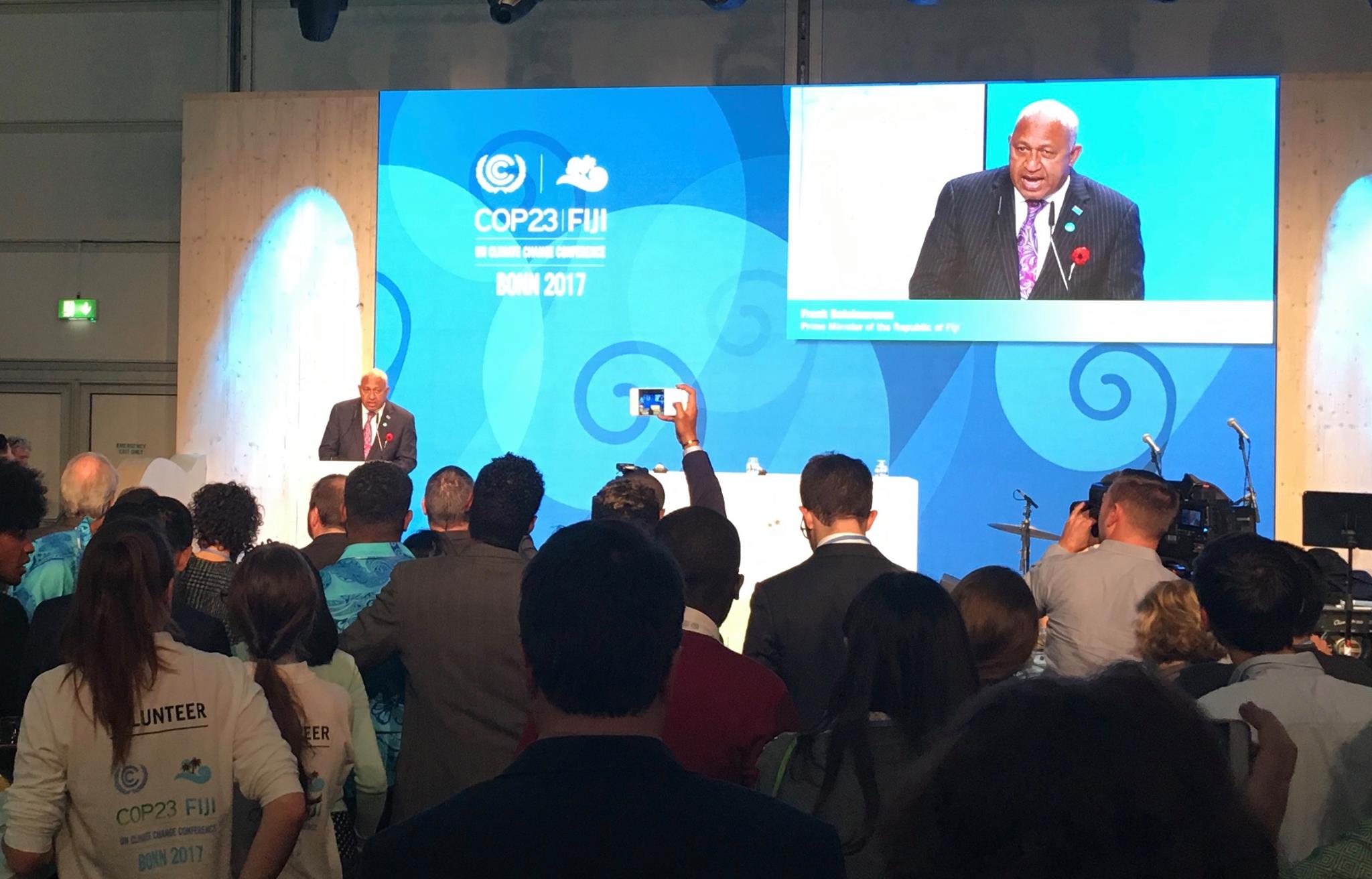 Hurray! We made it to Bonn, Germany and after an overwhelming experience yesterday on day one of COP 23 trying to navigate through the complexity of what a COP entails, I survived and by the end of the day was energized and encouraged, but also exhausted in a good way. When you are together in an enclosed space with thousands of people from literally all over the world coming together from all walks of life to stand in solidarity for one joint global cause that is affecting the entire world, it is easy to be overcome with awe. You realize that you as an individual are one of many with the same passion, and that everyone here and around the world is one small but crucial piece of the puzzle and has their own unique contribution to make to the bigger picture of defending vulnerable people and preserving God’s good world. It’s a very humbling experience!

Three things you need to know…

How agroecology can prevent climate change

Agroecology, also known as ecological or sustainable regenerative agriculture, is not a new practice. It has been used by many since humanity started cultivating crops. It is basically the practice of producing food while sustaining or even improving the environment. In other words it is working with nature rather than against it. God provided us already with the diversity, richness, abundance, and natural processes that make life flourish and prosper. Our role as caretakers of this amazing creation is to observe, learn and mimic these processes as much as possible in the way we produce food that ultimately sustains and even heals usl. Somehow, we have lost this connection and have taken for granted creation, reducing it to an object to be abused and exploited for our own gain. This has brought consequences to the wellbeing of humanity such that people and landscapes/ecosystems don’t flourish as God intended them to.

What does this have to do with climate change you might ask? Well, there is enough scientific evidence that the way we cultivate our soil or raise livestock has direct impacts on the climate. Therefore, agriculture both impacts and is impacted by climate change. Let us therefore be wise and choose to work with nature rather than against it so that present and future generations can flourish.

“Talanoa” is a traditional Fijian word that describes a process of inclusive, participatory and transparent dialogue. As Fiji is presiding over COP 23, they offered this concept to replace the rather bureaucratic sounding “Facilitative Dialogue”. Whatever it is called, it is a process laid out in the Paris Agreement with two requirements:1) for countries to report on their progress to date on their national commitments under the Paris Agreement (called “Nationally Determined Commitments”, or NDCs), and 2) to begin creating new NDCs with more ambitious targets in time for 2020.

So why does this process matter so much? It matters for a couple of reasons. The first is because it will be the first time that countries will report to the world the progress that they have made since the the signing of the Paris Agreement. The spirit of this report back will be crucial for future progress--passionate reports about above-and-beyond progress will create significantly more momentum moving forward than lukewarm reports on middling results. The second reason why this process matters is because current NDCs will only get us ⅓ of the way toward the goal of Paris to keep warming below 2 degrees C. If the world is going to reach this important goal, they will need to ramp up the ambition of their commitments significantly, and the 2018 Talanoa Dialogue is where that will happen!

Syria announced today that they intend to sign on to the Paris Agreement after all. When the U.S. announced its intention to pull out of the agreement, they joined Nicaragua and Syria as the only countries not included in the Paris Agreement, because it was deemed too weak and because of a brutal civil war, respectively. Now the United States stands alone on the outside looking in at a unified global community that has strongly affirmed that Paris is the only way forward.

One article you need to read…

Here’s How Far the World Is From Meeting Its Climate Goals, an article put out by the New York Times detailing how current Nationally Determined Commitments are insufficient in reaching the Paris Agreement’s goal of limiting warming to 2 degrees C.

Give thanks that 195 countries have signed the Paris Agreement, and that 169 of them have ratified it through their national governments. Pray that those countries which have not yet ratified the agreement will do so quickly and that the world might be united in its fight against climate change.

One action you need to take...

Let your elected officials know that you are paying attention to what is happening in Bonn, why you care, and what you want them to do about it. Below is an opportunity to do just that for folks based in the U.S. Stay tuned tomorrow for another opportunity specifically for folks who are based in Canada.

One event you need to be a part of…